Gerd G. Kopper, took his M.A. at Indiana University, Bloomington, Ind. (major: Journalism, minors: Sociology; History).  He has served as lecturer in Further Training Programmes for journalists from Third World countries at Berlin since 1965. He has postgraduate studies in visual history and photography in Paris (CNRS Sociology). Graduate programme in communication science at Free University of Berlin; Dr. phil. in 1967.

Gerd was a permanent consultant during founding phase of "Centre for Educational Research and Innovation in Higher Education" (CERI) of the Organisation for Economic Development and Cooperation (OECD), stationed at Paris (Director: James R. Gass). Director Strategic Planning, Bertelsmann Publishing, 1970-1971. He is a member of Government sponsored Programme for German-Japanese Economic Relations (incl.Japanese language studies) 1972-1974.

He is Chair of Policy, Law and Economics of Mass Media, University of Dortmund (1978 - 2006), co-founder for the establishment of first university based Journalism Institute in Germany, and a member of German Federal Commission on Broadcasting Financing (KEF) (1988-1996). His focus is on the development of and cultural economics of visual media within all relevant spheres, like international journalism, press laws, media competition regulations, media economics, communication technology, visual systems development.

He is the founder and director of the not-for profit "Erich-Brost-Institute of Journalism in Europe" in 1991 at Dortmund.  This Institute developed innovative European research programmes of international dimensions, focusing on "international journalism cultures", especially, of interdisciplinary scope, thus, to include technology development, the arts, digitisation in all its aspects. 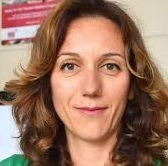 Ljubica Knezevic Cvelbar holds a PhD in economics. She has published more than 40 journal papers to date, most of them in top tier tourism scientific journals. Knezevic has been invited to present her work at approximately 30 universities internationally. Her work won several national and international awards, most notably the international Sinclair Award for the best paper published in Tourism Economics in 2016, 2019. She was engaged as an expert in more than 50 consulting and research projects in the field of tourism, leisure and hospitality. 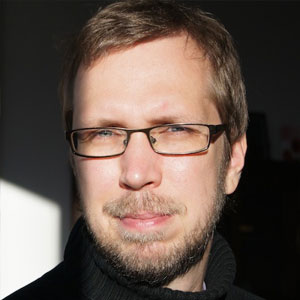 Indrek Ibrus is a professor of media innovation at Tallinn University’s (TLU) Baltic Film, Media, Arts and Communication School (BFM). He is also the head of TLU’s Centre of Excellence in Media Innovation and Digital Culture (MEDIT). Currently his main research area are the innovative reuses of digitised cultural heritage contents, but he also leads research projects on cross-innovation, cross- and transmediality, media and cultural policies. He is the co-editor of “Crossmedia Innovations: Texts, Markets, Institutions” (together with Carlos A. Scolari; Peter Lang, 2012) Dr. Ibrus received his PhD from London School of Economics and Political Science. 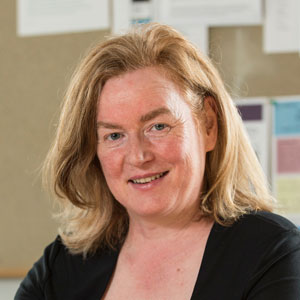 Gillian Doyle is Professor of Media Economics and Director of the Centre for Cultural Policy Research (CCPR) at the University of Glasgow where she directs Glasgow’s MSc in Media Management.   Her research on media economics and policy and on the impact of digitisation has been translated and published in several languages.   Gillian is Principal Investigator (PI) on ‘Television Production in Transition: Independence, Scale and Sustainability’, a major research project examining recent transformations in ownership structures in the television production sector funded by the UK Economic & Social Research Council (2017-2020).  She was PI on a recently completed ESRC –funded project on ‘Multi-platform Media and the Digital Challenge’ which investigated economic and policy aspects of digital media convergence and on a major AHRC-funded project entitled ‘The UK Film Council: A Case Study of Film Policy in Transition’.  She was also Lead Investigator on ‘Converging Technologies and Business Models’, a project that forms part of the work programme of CREATe, the RCUK hub for research on Copyright and New Business Models for the Creative Economy.  Gillian has carried out and supervised studies on media economics and media policy for the Council of Europe, the European Commission and the OECD. Gillian is former President of the Association for Cultural Economics International (ACEI).